The General Court (GC) has rendered a judgment on the interesting topic of the protection of colour names as trademarks in the tobacco sector.

Philip Morris Products, S.A. (hereinafter PMI) successfully appealed the decision of EUIPO’s Board of Appeal which had rejected its EUTM application for SIENNA SELECTION for goods in class 34 on grounds of descriptiveness and lack of distinctive character. The EUIPO has been ordered to bear costs, including those incurred by PMI.

The judgment is available at : https://curia.europa.eu/juris/document/document_print.jsf?docid=242401&text=&dir=&doclang=EN&part=1&occ=first&mode=req&pageIndex=0&cid=12248744.

With respect to PMI’s first plea, namely violation of Article 7(1)(c) EUTMR, the Court starts from the premise that one possible meaning of the word ‘sienna’ is a yellowish- or deep reddish-brown colour. It then analyses the descriptive character of SIENNA SELECTION in respect of each of the three categories of goods in which EUIPO had placed the products that formed the object of the rejected EUTM application.

Based on examples drawn from PMI’s practice as regards the marketing of both traditional tobacco products and electronic cigarettes and related products, the Board had presumed that the use of ‘colour codes’ for the marketing of tobacco products, both traditional and electronic, was a common practice in the tobacco industry and therefore a commonly known fact, with red and darker colours allegedly being associated with fuller flavoured and stronger nicotine-based products and lighter colours with goods that contain less nicotine and have a lighter taste.

The Board had also argued that cigarettes sold in red packaging or in packaging with red elements were, in the eyes of the relevant public, expected to have a high nicotine content and, therefore, an intense taste and that, in general, light were associated with a less intense taste and a lower nicotine content. In support of this conclusion, the EUIPO submitted market studies in this respect before the GC.

The GC finds that it cannot be ruled out that the characteristics referred to in Article 7(1)(c) EUTMR include the flavour or taste of a product, even though such characteristics are very abstract and subjective in nature but it however concludes that, regardless of whether EUIPO is entitled to rely on these studies for the first time before the Court, the reasoning set out in the contested decision could not be upheld.

The GC explains that even following the logic advocated by EUIPO “that practice concerns only the word elements ‘red’ and ‘white’ or also word elements which directly allude to those colours in particular”. On the contrary, the GC finds that the existence of such a practice with regard to any other colour or the shades of red or brown referred to in the contested decision could not be regarded as a well-known fact and that, in the present case, the relevant public would not immediately and without further thought perceive the degree of intensity of the taste or flavour of the goods concerned or their nicotine content merely due to the fact that the mark applied for contains the word ‘sienna’.

The GC notes that the relevant public would not, based on the word ‘sienna’ alone, discern specific information about the intensity of taste or the nicotine content of the goods. In fact, it finds that since the colour sienna corresponds to a natural pigment originating in inter alia the region of Siena (Italy), the colour indicated by this word is likely to evoke, in the mind of the average consumer, a reference to the earth and thus to natural scents.

The GC further argues that even if it is accepted that the tobacco industry uses ‘colour codes’ to indicate the  intensity or flavour of a tobacco product, this practice (with very few exceptions) is not based on the use of specific colours but rather on a range of shades and that legal-aged smokers and vapers would have to be aware of the ‘colour code’ applied to a range of goods such as those at issue in the present case in order to be able to draw conclusions regarding the specific characteristics of the goods labelled ‘sienna’ in terms of taste or nicotine content, “especially since that word element cannot be regarded as referring solely to a reddish shade of brown, but also to a yellowish shade of that colour”. In the absence of such a ‘colour code’, the relevant public will not be able to form the view, in the abstract, of specific information on the taste or nicotine content of the product in question, in particular where, as in the present case, a shade of colour is concerned and its ‘dark’ or ‘light’ character is relative and depends on the other shades with which it is compared.

Consequently, the GC finds that the Board of Appeal had erred in finding that the relevant public would perceive in SIENNA SELECTION a reference to the intensity of taste or nicotine content of traditional products associated with tobacco and vapes/electronic cigarettes and heated tobacco products.

The Board of Appeal had found that SIENNA SELECTION is descriptive for smokers’ articles of [a sienna] colour.

In this respect, the GC concludes that the mere fact that the goods at issue are liable to be available in that colour, just as they are liable to be available in other colours, is irrelevant, since it is not ‘reasonable’ to believe that for that reason alone that colour, which, moreover, has no direct and immediate link with their nature, will immediately be recognised by the relevant public as a description of an intrinsic characteristic which is inherent in the nature of those goods.

The Board had also found that SIENNA SELECTION is descriptive because it would provide information that the products at hand form part of the range of sienna smoking products.

In this regard, the GC explains that this conclusion is ill-founded since “such reasoning would lead to a pure and simple prohibition of the use of the same mark to identify both the goods primarily covered by the mark [when the mark is not devoid of distinctiveness for such goods] and derivative goods”.

Consequently, the GC concludes that the Board of Appeal had also erred in finding that the mark applied for would be perceived by the relevant public as descriptive for ‘smokers’ articles.

For the above reasons, the contested decision was set aside insofar as it was based on the application of Article 7(1)(c) EUTMR.

With respect to the application of the prohibition laid down in Article 7(1)(b) EUTMR, the GC explains that, since the decision did not contain any separate reasoning and the conclusion relating thereto was based exclusively on the descriptive character attributed to the mark, which the GC denies,  Article 7(1)(b) EUTMR does not apply either.

This decision provides clarification for the conclusions laid down in the VITA case (T‑423/18) on the registrability of colour names. The considerations on the prohibition of descriptiveness with regard to colour names for tobacco products, an issue which had not previously been dealt with by the Court, are also particularly informative and welcome. The Court has understood that the perception of the nicotine content or flavour of a tobacco product conveyed by means of a colour reference is not descriptive (except in very specific cases, which may have become customary).

PMI was represented by Laura Alonso, a partner at our Madrid office 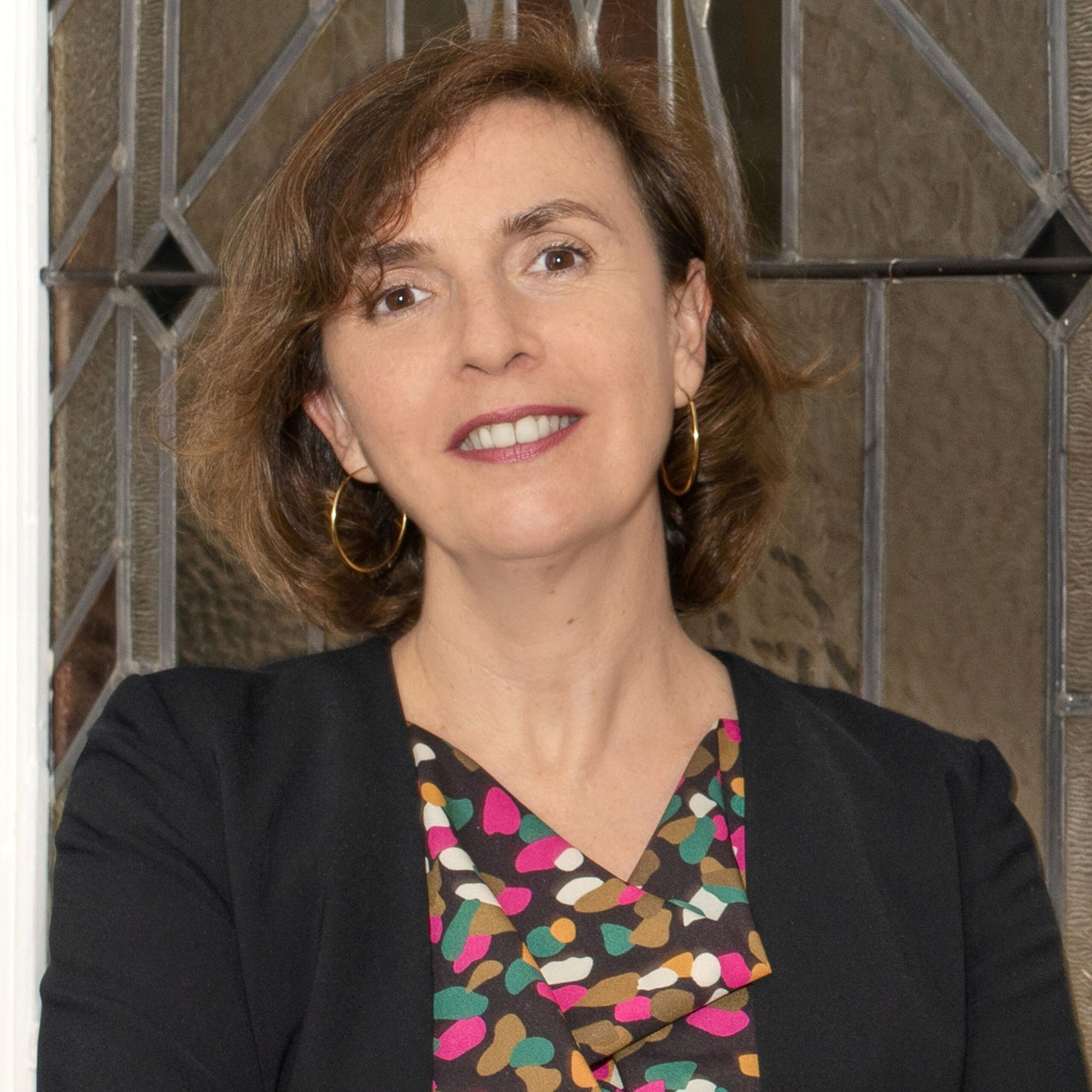 AIPPI Belgium will host a webinar on “Litigation, evidences and trade secrets: what’s new? A cross view from practitioners with an insight in recent case law “. The webinar will be held on 11 February from 12.30AM till 2PM. 12:30: welcome & introduction by Dominique Kaesmacher, Senior Consultant in IP, President…
Read more

Yesterday the CJEU handed down its long-awaited judgment in the SkyKick case (C-371/18). The Court ruled that insufficiently clear and precise goods or services descriptions cannot be brought under any of the grounds to invalidate an EU or national trade mark. Disagreeing on this point with the Advocate General,…
Read more